Q: What line do you find yourself thinking about in your day-to-day life?

One mark of masterful writing is how it continues to resonate with you long after you’ve read it.

You might be in the middle of a chore when the words bubble up from the depths of your consciousness. I was folding laundry when I remembered something from The Long Dark Tea-Time of the Soul: “I may not have gone where I intended to go, but I think I have ended up where I needed to be.” It had been a while since I read Douglas Adams’ second Dirk Gently novel, and I couldn’t help but pause and think about the circumstances that led me to my current apartment, which has sheltered me quite well during this pandemic.

You might also read something that sticks with you for so long that ideas coalesce around it. I think this is the case with epigraphs, those quotations you can find at the beginning of books, chapters, or even poems. It’s really interesting to catch a glimpse of what a certain author likes to consume. In To Kill a Mockingbird, for example, Harper Lee’s epigraph (“Lawyers, I suppose, were children once”) comes from a 19th century collection of essays by English essayist Charles Lamb. Lee started submitting her manuscript at the age of 31, so you could surmise the appetite she had for English literature when she was younger.

Here are a few more excellent epigraphs that make me wonder whether they actually inspired the whole books they’re in:

“If they give you ruled paper, write the other way.”

“You are all a lost generation.”

— Gertrude Stein, in The Sun Also Rises by Ernest Hemingway

“Death is but crossing the world, as friends do the seas; they live in one another still. For they must needs be present, that love and live in that which is omnipresent. In this divine glass, they see face to face; and their converse is free, as well as pure. This is the comfort of friends, that though they may be said to die, yet their friendship and society are, in the best sense, ever present, because immortal.”

— William Penn, in Harry Potter and the Deathly Hollows by J.K. Rowling

Is there a line from a book that often comes to you as you’re showering or waiting in line at the supermarket? Do you think you could write a whole book around it? Tell us about it in the comments. v 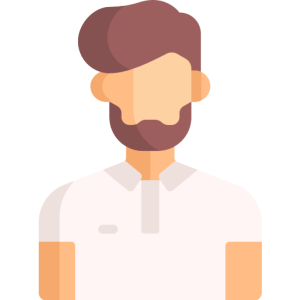